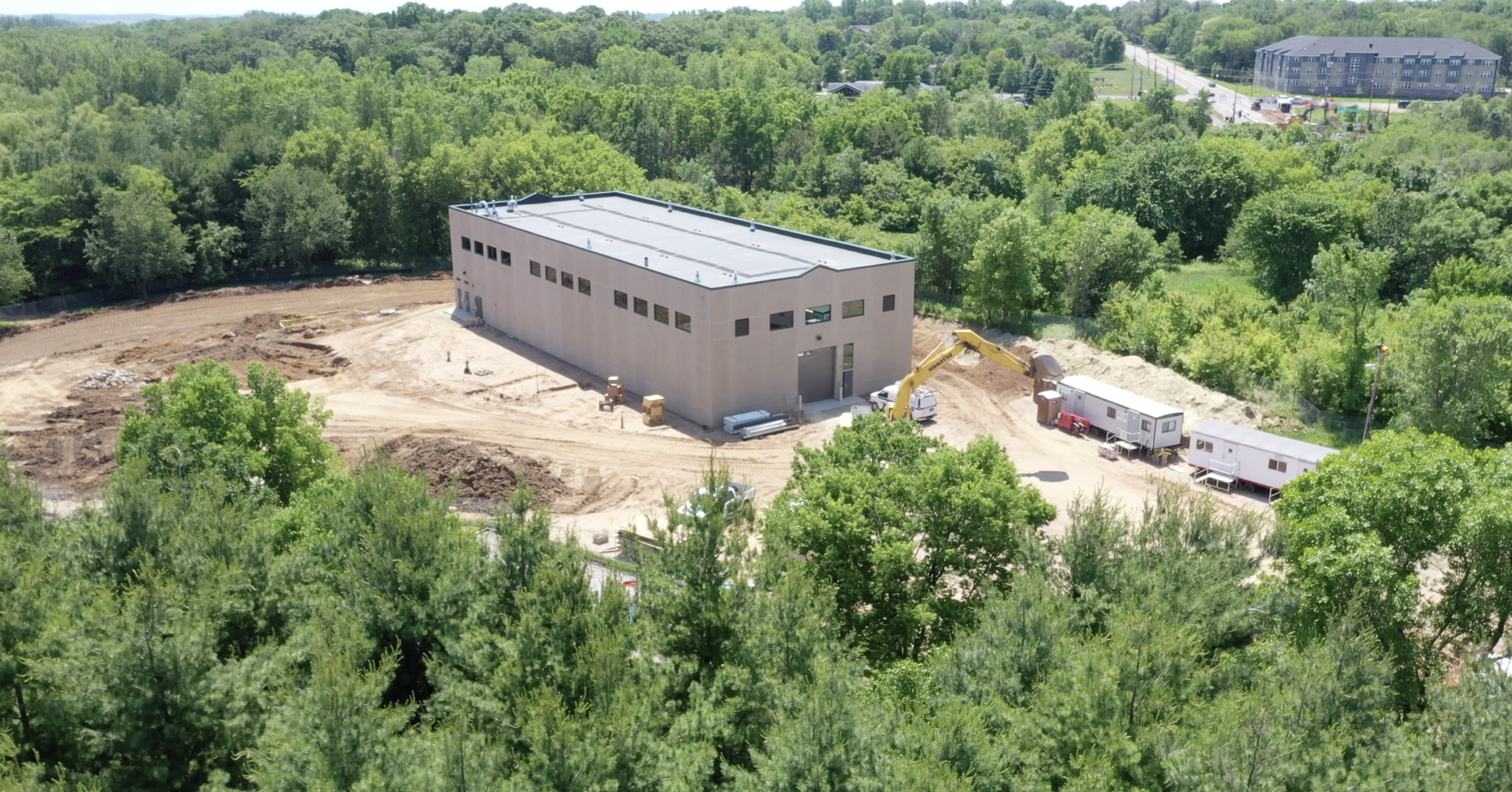 As of June 2020, the temporary water treatment facility is online and capable of producing water at full designed capacity. The facility, located near the intersection of Valley Creek Road and Tower Drive, is treating water from four wells to meet water quality standards and guidelines for per- and polyfluoroalkyl substances (PFAS) using granular activated carbon.

In anticipation of additional wells potentially receiving health risk advisories from MDH, at the end of 2021 the city embarked upon the expansion of the temporary facility to increase its water treatment capacity.

As of February 2022, two additional wells received health risk advisories from the MDH and are now included in the expansion process and will be connected to the facility. These wells are expected to be put back into service in summer 2022.

Approximately half of the expansion process will be completed within the existing facility. Connection of the two additional production wells to the site will result in temporary traffic changes on Tower Drive and temporary closure and rerouting of trails. Connection of the wells will be completed with horizontal boring to minimize impact the surrounding area but will still require points of excavation.

Activated carbon is commonly used to adsorb natural organic compounds, taste and odor compounds, and synthetic organic chemicals in drinking water treatment systems. Adsorption is both the physical and chemical process of accumulating a substance, such as PFAS, at the interface between liquid and solids phases. Activated carbon is an effective adsorbent because it is a highly porous material and provides a large surface area to which contaminants may adsorb. Activated carbon is made from organic materials with high carbon contents such as wood, lignite, and coal; and is often used in granular form called granular activated carbon (GAC).

GAC has been shown to effectively remove PFAS from drinking water when it is used in a flow through filter mode after particulates have already been removed. GAC can be 100 percent effective for a period of time, depending on the type of carbon used, the depth of the bed of carbon, flow rate of the water, the specific PFAS you need to remove, temperature, and the degree and type of organic matter as well as other contaminants, or constituents, in the water.

At its January 8, 2020, meeting, the Woodbury City Council took actions to expedite the construction of a temporary water treatment facility to treat three of the city's six water wells currently exceeding water quality standards and guidelines for per- and polyfluoroalkyl substances (PFAS). On February 3, the Minnesota Department of Health gave verbal notification that a seventh well exceeded the health-based guidelines for PFAS and this well was immediately removed from service (official notice was received February 21).

The temporary water treatment plant, which typically takes about 18 months to two years to construct, was completed in about five months. In order to meet peak summer demand, it was critical the temporary treatment facility was operational as quickly as possible.

The city would not be operating the facility today without the work and cooperation of the State of Minnesota, 3M, the City Council, numerous city staff, our engineering consultant teams, and the construction expertise of the project contractor. 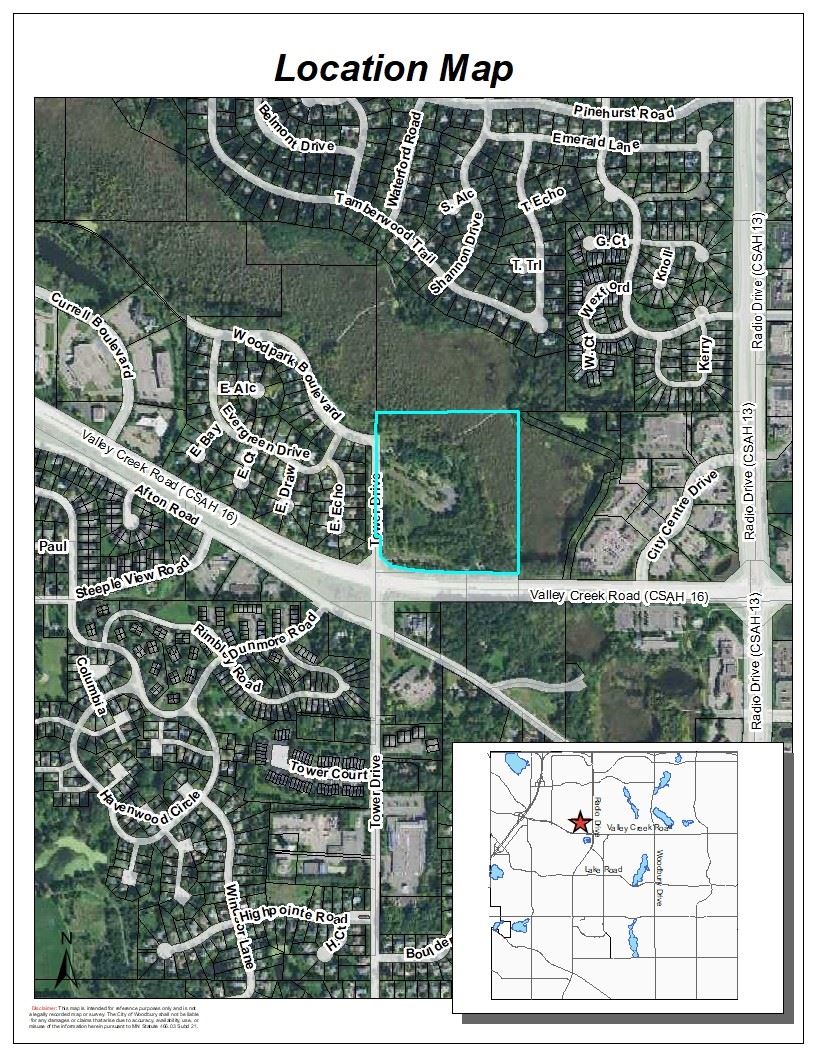 The temporary treatment facility measures approximately 9,500 square feet to meet the treatment needs for four of the impacted wells. New water main was also constructed to connect Well 17 to the facility.

Learn more about long-term solutions on the 3M Settlement website.

Approximately 40 trees were removed to facilitate the construction of the temporary water treatment facility. A tree replacement plan was created which meets the replacement ordinance. Eleven of these trees are Ash trees, which would be removed in the future under the city's response to the Emerald Ash Borer (EAB).

What is PFAS and how did it get in the water?

PFAS stands for per- and polyfluoroalkyl substances. The 3M Company made PFAS at its Cottage Grove facility from the late 1940s until 2002. They were commonly used in household and industrial products such as stain repellents, lubricants, fire retardants and suppressants, and more. PFAS wastes were disposed of at various locations in Washington County. The source of PFAS in Woodbury's groundwater has been identified as these disposal sites.

Can I drink the water?

Yes, the water the city delivers to customers meets all State of Minnesota and federal standards and guidelines for PFAS.

I have a private well. How do I know if I am impacted by PFAS?

Complete the Private Drinking Water Well Sampling Request Form on the with MDH.

The temporary water treatment facility, located near the intersection of Valley Creek Road and Tower Drive, is currently treating water from four of these wells to meet water quality standards and guidelines for PFAS. The remaining five wells have been removed from service.

Which well is serving my home?

The City of Woodbury has a one-pressure-zone system. This means no one particular well serves a specific area. The water is distributed throughout the system and well usage is rotated frequently as part of regular operation.